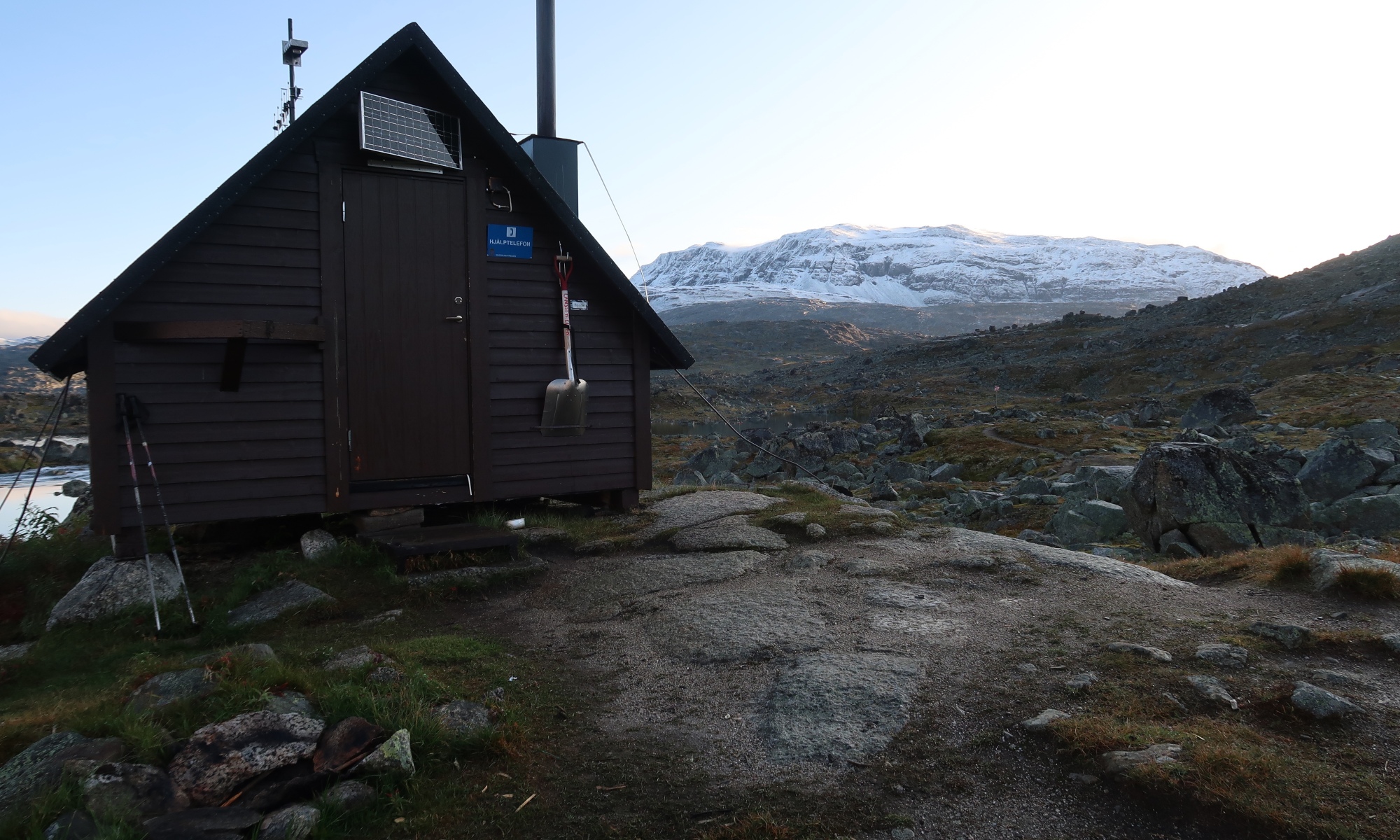 I departed Copenhagen Central Station by train on September 5th, 2019 at 12:23 PM with arrival in Stockholm about five hours later at 17:36 PM. There wasn’t a lot of time to fool around when I arrived in Stockholm; my night train to Riksgränsen was leaving at 18:11 PM. I located the correct track that the train was leaving from and quickly found my wagon. There was a conductor at the door who greeted me and I told her that I wanted to get off the train at Katterjåkk Turiststation. She noted my wish writing it down and ticking my name off on a list. She said that it would be no problem and that we would be at Katterjåkk at 12:00 PM tomorrow after checking the timetable on her mobile device.

I shared a three bed sleeper with Paul from the UK and Kio from Japan. Paul was on his way to Narvik in Norway for a couple of days and Kio would get off at Abisko. He would be hiking the traditional Northern section of Kungsleden from Abisko down to Nikkaluokta. Narvik is the last stop for this train and you can’t travel by train any further north from there. Paul snored through the night. I found my ear plugs and tried to sleep. Both Paul and Kio were both nice guys and I enjoyed their company and the pleasant conversation.

Even though I had an agreement with the train staff that the train would stop at Katterjåkk Turiststation, it did not stop and the train continued to Riksgränsen where I started my hike on September 6, 2019 at 12:06 PM.

Next time I will remind the train staff that we have an agreement about where the train will stop a couple of stations before where I need to get off. Live and learn they say.

I back-tracked to Katterjåkk which was an extra 2 KM. From Katterjåkk I located the trail and headed south along the Norwegian border. After the Katterjaure Mountain Hut the trail took me past lake Gátterjávri. The Norwegian border goes straight through the lake so on the opposite side the country is Norway.

When I was on the south side of the lake in the howling winds, heavy rain mixed with sleet I made a navigational error and took the winter route instead of the summer route the last 6 KM to Stuor-Kärpel. I didn’t see the different sign-age. The figure with the backpack for the summer route and the figure with the skis signifying the winter route. I had to stow my trekking poles in my backpack and scramble and climb for maybe 1 to 2 KM. At some areas the track completely disappeared in rock slides and climbing was the only way forward. The rain, wind and cold didn’t make it any easier. I slipped and fell several times. My legs were cramping and I also fell and sprained my left hand. At this stage I had entered Norway and when I came back over the border to Sweden the trail joined with the summer route again and life was slightly better … well at least I thought it was. In fact, I had a couple of difficult stream crossings as they were quite full with fast flowing water from the persisting rains.

When I finally caught a glimpse of the hut at Stuor-Kärpel in the distance I suddenly felt some comfort. I was cold, tired, injured and wet. I concluded that the situation was an emergency for me and decided that the hut would be my accommodation for the night.

I made my way down to the lake first and collected some water looking over to Norway on the opposite side. Then I set about hanging my wet gear to dry on the clothes line in the hut. After dinner and a hot drink I got into bed where I finally managed to warm myself. Around 20:00 PM when I was just about asleep the door slammed opened and through the cold winds and rain a man entered the hut introducing himself as Ole from Germany.

I got out of bed and moved some of my stuff and made sure that he had room. We talked about the weather, the route where I took a wrong turn and the difficult stream crossings where we both had to cross further upstream. I excused myself as I was tired and cold and said that I needed to sleep and that we could catch up in the morning.

Ole fussed around with dinner and what not for an hour or so and finally I got to sleep. The night proved to be quite chilly and by morning we would see some freshly white coated peaks all around us.

You can view and downloaded my map here on AllTrails

End of day one … to be continued

This site uses Akismet to reduce spam. Learn how your comment data is processed.